Skip to content
MEET THE BROADCASTERS
When: Monday, January 19th, 2015 at 6:30 PM
Where:  Pull Focus Film School (306 Abbott St, Vancouver)
Reserve your tickets here!
DOC BC Meet the Broadcasters workshop is back! Representatives from Bell Media, Super Channel, Knowledge Network and the NFB will be present to discuss the state of the industry, what kind of content they are looking for, how much they will pay and their process for proposals, among other things. This will be great opportunity for participants to understand executives’ programming priorities and broadcast services. Bring your questions and be prepared to engage in an active discussion with peers and other industry professionals!
With special guests:

Murray Battle, Director of Original Content and Brand at British Columbia Knowledge Network television.
Murray Battle is the Director of Original Content and Brand at British Columbia’s Knowledge Network. Recent documentary commissions include the award winning series, Emergency Room: Life and Death at Vancouver General Hospital, Oil Sands Karaoke, Just Eat It, Backward Class, Father Figures, Do You Really Want to Know? and Coast Modern. In a previous life, he was a filmmaker for over 30 years.
Michelle McMahon, Development Manager Independent Production, B.C. and the Territories at Bell Media

Michele McMahon is Development Manager Independent Production for B.C. and the Territories.  In this role, Michele is the point of contact for the local production community, acts as the creative executive on projects in development and production, and initiate community engagement and outreach initiatives. Michele is currently one of the Production Executives for Bell Media on 19-2 (BRAVO) and MOTIVE (CTV).Prior to joining Bell Media, Michele McMahon spent 10 years with Omnifilm Entertainment, the last five as Director of Drama Development. There, she developed the drama PRIMEVAL: NEW WORLD (Space) and ARCTIC AIR (CBC).

In her diverse 20-year career as a journalist, writer, and TV producer, McMahon has edited a weekly paper, freelanced for newspapers and magazines, and written and story edited several screenplays. She also acted as the Chair of the Amnesty International Film Festival (Vancouver).  Michele earned degrees in Political Science (Carleton University), Journalism (Algonguin College) and Writing for Film and Television (Vancouver Film School) and is slowly working towards her Masters’ Degree at Simon Fraser University.

Maureen Levitt joined Super Channel, Canada’s only national English Pay TV service, at its inception in 2007. As Creative Development Executive for Western Canada and the Territories she works with the independent production community in the development and production of their feature length films (Lawrence & Holloman, Sitting on the Edge of Marlene, STAY) and documentaries intended for theatrical release (Occupy Love, Unclaimed, SOL, The Exhibition).   Maureen is a cofounder of Vision TV. Between 1994 and 2005 she was Manager and Commissioning Editor of its Western Region office focusing on documentaries (The Corporation, Sacred Sacred) and Executive Producer of various in-house series. Previous to that she was First Assistant Editor on the Canadian film classic, The Grey Fox, and on the quintessential Canadian series The Beachcombers and The Canadian Establishment. Maureen has a Masters in Communications from Simon Fraser University. 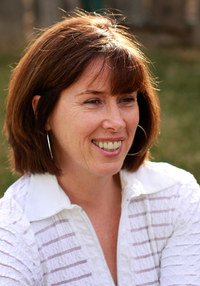 Shirley Vercruysse, Executive Producer of the National Film Board of Canada, Pacific & Yukon Studio.Shirley Vercruysse is the Executive Producer of the National Film Board of Canada, Pacific & Yukon Studio, based in Vancouver BC. Prior to joining the NFB in February 2014, she was independent film and television producer based in Calgary Alberta. Credits include; Fubar II, the first Canadian film to open the high profile “Midnight Madness” section of the Toronto International Film Festival; Radiant City, winner of the Genie Award for Best Theatrical Documentary & waydowntown winner of the prestigious Toronto City Award for Best Canadian film at Toronto International Film Festival. Other feature credits incldue The Future Is Now!; Angels Crest; Comeback Season; A Problem with Fear. Television credits include Gavin Crawford’s Wild West; My Rona Home, Season’s I and II and The Secret of the Nutcracker.
Space is limited so remember to reserve your seats here. We look forward to seeing you there!

One thought on “Meet the Broadcasters is back!”