DOXA and DOC BC are proud to present a series of panel discussions to address the interests of the documentary community, as well as the general public. As the means of accessing films continues to proliferate, what does this mean for the traditional forms of distribution? A panel of people involved in the business of documentary will look at the new playing field, and talk about the future of dissemination. The art of editing for documentary is the focus of our second panel. The ability of a good editor to shape a film cannot be overstated. But increasingly, many filmmakers are cutting their own work. A panel of editors will address the pitfalls and opportunities of this practice.

The people with the power to get films both made and seen will address the fast moving and variegated environment that is documentary film production and distribution. Traditional broadcasters are competing with new players. The entrance of Netflix, Vimeo and other VoD delivery services have had a massive impact on documentary, opening up films to a potential audience in the millions. A panel comprised of commissioning editors, film distributors, and online content providers will discuss the evolution of documentary distribution.
With special guests:

Murray Battle is the Director of Original Content and Brand, at British Columbia’s Knowledge Network.

In a previous life, he was a filmmaker for over 30 years. 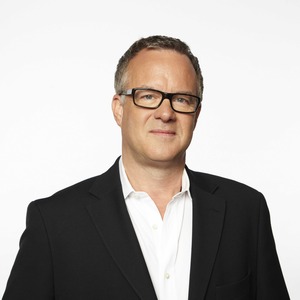 As Creative Head of Digital Channels at CBC (Canadian Broadcasting Corporation), Bruce is responsible for running and programming CBC’s documentary channel. He returned to the corporation in 2008 after a successful tenure at CTV and Discovery Channel where he headed up Animal Planet, Discovery Civilization Channel, and travel and escape.
Since rejoining the CBC in 2008, Bruce has commissioned and guided more than 75 documentary projects – several of which have won prestigious awards including a Peabody, Geminis, Canadian Screen Awards and Festival selection awards. One of his films, Under Fire: Journalists in Combat, was short-listed for an Academy Award in 2011. Bruce continues to oversee all creative and production considerations for documentary channel.

Leah Mallen’s film and television credits span over fifteen years.  Her films have garnered many accolades and have seen international distribution.  She has produced both dramatic and documentary film, including the recent documentary  film Coast Modern which was invited to screen at the Venice Architecture Biennale and enjoyed a successful theatrical run in Canada
and the US. She was 1 of 6 International Producers accepted into Amsterdam’s Binger Creative Producers Lab and she recently also produced Mark Sawers’ Camera Shy, which was awarded
6 Leo’s and is currently being distributed by Cinetic Media’s FilmBuff.  Leah currently sits on the board of Crazy8s in Vancouver and heads up television and film development at Reunion Pictures, a Thunderbird Company.

Shirley Vercruysse is the Executive Producer of the National Film Board of Canada, Pacific & Yukon Studio, based in Vancouver BC where she leads the team producing documentary and animation projects. Projects soon to be released from the studio include the feature length documentary Ninth Floor (Mina Shum) and short films, Debris (John Bolton) and Rock the Box (Katherine Monk).

Prior to joining the NFB in February 2014, Shirley was independent film and television producer based in Calgary Alberta.  Credits include; Fubar II the first Canadian film to open the high profile “Midnight Madness” section of the Toronto International Film Festival, Radiant City, winner of the Genie Award for Best Theatrical Documentary & waydowntown winner of the prestigious Toronto City Award for Best Canadian film at Toronto International Film Festival. Other feature credits include The Future Is Now!; Angels Crest; Comeback Season; A Problem with Fear.

Kevin Eastwood is an award-winning producer and director who works in both drama and non-fiction. Recent non-fiction credits include: Haida Gwaii: On the Edge of the World (executive producer), Emergency Room: Life and Death at VGH (director and co-executive producer); Oil Sands Karaoke (executive producer), Do You Really Want to Know? (producer) and Eco-Pirate: The Story of Paul Watson (producer). Kevin’s dramatic feature credits as a producer include: Preggoland (in theatres starting May 1), Fido, The Delicate Art of Parking and the Gemini Award-winning CTV movie, Elijah.

A good editor can make the difference between a good film and a great one. Looking to other models such as Sundance Documentary Edit and Story Lab, this panel will look at the critical importance of instilling a rigorous approach to story development and editing in nonfiction cinema. The creative lab approach is intended to offer filmmakers advice from experienced editors, as well as support of a community of documentary filmmakers engaged with similar concerns. The panel will focus on story editing, structure and character development. Filmmakers with a work-in-progress are recommended to attend.
With special guests:

Stan Neumann was born and raised in Prague. He moved to France to study and work as a film editor, where he began directing his own films in 1989, including Paris, Roman d’une Ville (1990), The Last Marranos (1991), Nadar, photographer (1994), A House in Prague (1997), Apparatchiks and Businessmen (2000), The Language doesn’t lie, (2004), Stargazer (2009), and Austerlitz (2014). In addition to his own work, Stan has partnered with Richard Copans, in the creation of the Arte film collection entitled Architectures, initiated in 1994, and still in production after more than sixty films. In 2008, Stan created for Arte, another collection of twelve films about photography entitled Photo.

Carmen Pollard brings a combined fifteen years experience as a picture and story editor, and a visual effects artist. She has contributed creatively to many award winning television, performance-based and feature film productions including Citizen Sam, Dirt, Changling, Tropic Thunder, Twilight: New Moon and Crazywater. Most recently she was the editor and creative director for post-production on the NFB feature doc Ninth Floor. Pollard graduated from, and later taught at Emily Carr University of Art and Design. Her work has screened internationally and aired throughout North America.

Born in 1980 in Beyrouth, Anna Roussillon grew up in Cairo, then moved to Paris. She studied philosophy, linguistics, language, literature and Arab civilization and documentary filmmaking in Lussas (France). Graduated from Arabic, she teaches in Lyon, translates literary texts, participates in radio programs, while working on various film projects in relation with Egypt. I am the people is her first feature documentary.

Rafi Spivak has been editing films in Vancouver for the past fifteen years. He has edited several social-interest documentaries for the CBC (Superkids 2004, Raised to Be Heroes 2006, Cannabiz 2010, Twin Life in 2014), he also worked on award winning art documentaries for Bravo! (Dark Pines 2005, Dreams of Flight 2006, Picture Start 2012) and historical docs (Klondike, 2013 for PBS, The Graduates, 2008 for Knowledge Network). In addition to his prolific documentary work Rafi had edited three feature films with director Bruce Sweeney, all successfully screening at TIFF. Currently, Rafi is studying for his Masters degree at Emily Carr University and focusing on directing and editing personal and experimental documentaries, moving away from the narrated, information-based, television documentary into a zone where documentary film can function freely like the art form it is.

Julia Ivanova is an award-winning Vancouver documentary filmmaker, whose film, Family Portrait in Black and White played at Sundance and won at Hot Docs 2011 as the Best Canadian Feature.  Being a director/editor/cinematographer and an avid fan of international documentaries, she believes in the emotional power of visual storytelling and poetic cinema. She edited her last three films, including Family Portrait in Black and White and High Five: a Suburban Adoption Saga. She is finishing editing the film about young dreamers in the oil sands that she filmed and directed for the NFB.