Our popular Pre-Hot Docs Mixer is back – Virtual Edition!

Join us for a Hot Docs Festival Kick-Off ‘happy hour’ with our talented DOC BC | YT | NWT filmmakers who have movies in this year’s Hot Docs festival program!

Get a preview of these films and celebrate our filmmakers. We will give an overview and chat about industry events you don’t want to miss during the festival.

Let’s round up the event with our small Breakout Rooms – where you can say hi to your fellow filmmakers, board members, and catch up on each other’s work!

This event is funded by the Canada Council for the Arts.

Priyanka Desai is a content producer with over 10 years experience in documentaries, reality TV shows and doc series. Starting as a journalist, she took on senior leadership positions as a story producer and executive producer in the fast-paced TV industry.

She is known for award-winning shows that trigger immense audience response and spark uncomfortable conversations about gender. In response to a gruesome sexual assault case in India, she produced a debate show Because, It’s a Boy! which won the United Nations Population Fund Laadli Media Award for Gender Sensitivity.

In 2019 she was selected for the Canadian Media Producers Association (CMPA) BC Production Mentorship Program. In Canada, her recent work includes, award winning docu-series Red Chef Revival (a pan-Canada tourism video presentation for Indigenous Association of Canada), Documentary on Wheelchair Boxing for Accessible Media Inc. and most recently a profile video series for BC Achievement Fulmer First Nations Art Awards 2020. Having worked on productions across two continents, she has developed a meticulous understanding of diverse audiences. Currently, Priyanka is part of the 21 selected producers’ squad for National Screen Institute’s Business for Producers Program.

Elle-Máijá Tailfeathers is a writer director, producer and actor. She is a member of the Kainai First Nation (Blood Tribe, Blackfoot Confederacy) as well as Sámi from Uŋjárga. She co-wrote and co-directed the Toronto and Vancouver Film Critics’ Award-winning film The Body Remembers When the World Broke Open with Kathleen Hepburn. The Body Remembers When the World Broke Open was nominated for six Canadian Screen Awards; Tailfeathers and Hepburn received the awards for Best Directing and Best Original Screenplay. Tailfeathers recently appeared in Jeff Barnaby’s Blood Quantum and stars in Danis Goulet’s Night Raiders which will premiere at Berlinale 2021. Her feature-length documentary Kimmapiiyipitssini: The Meaning of Empathy premieres at Hot Docs 2021.

As proud members of the queer community, directing duo Sean Horlor and 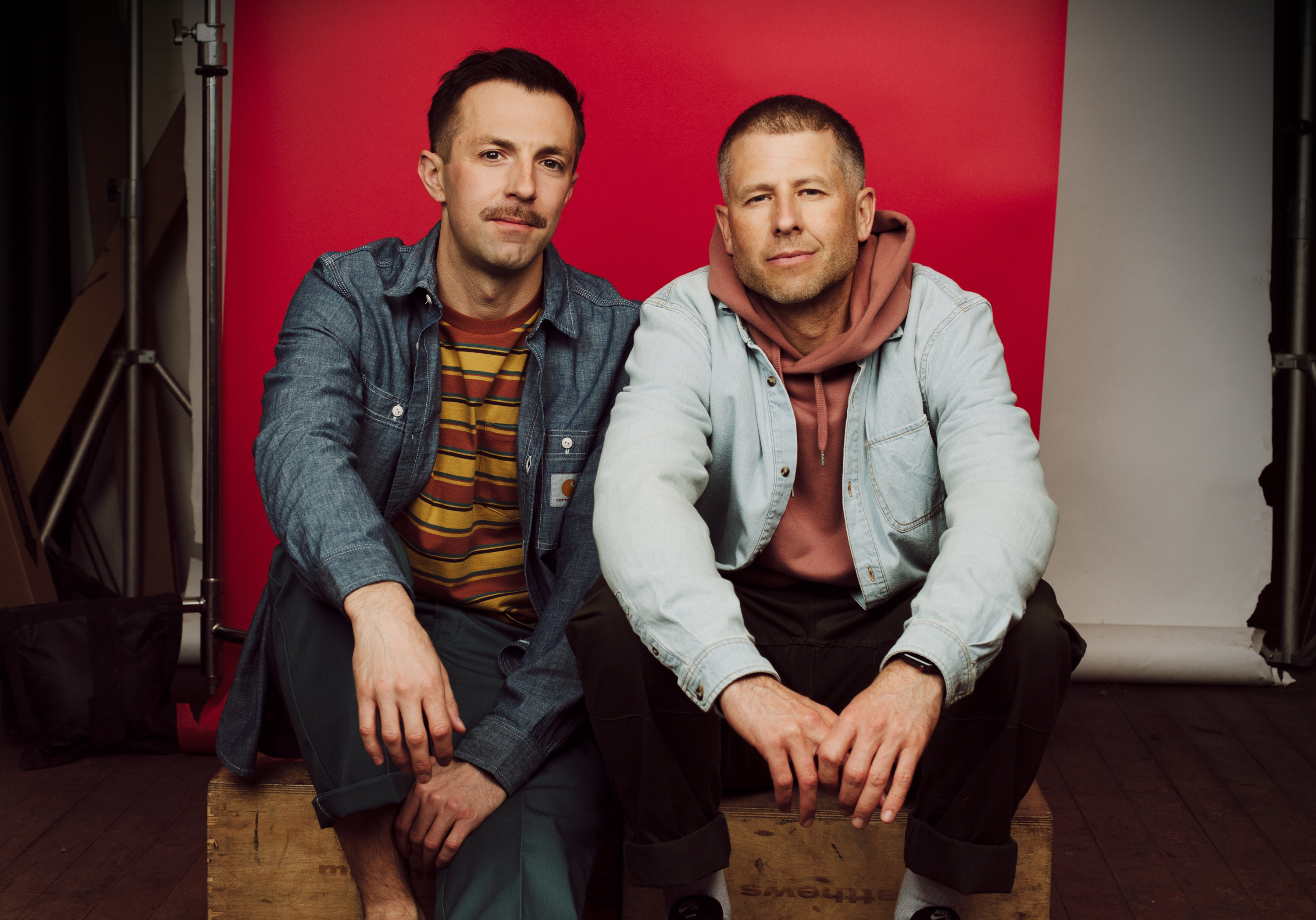 Steve J. Adams have created work that shines a spotlight on misunderstandings — queer and otherwise. Their first feature-length documentary, Someone Like Me (NFB), follows a group of young LGBTQ+ strangers who unite to help Drake, a fun-loving gay man, escape to Vancouver from life-threatening persecution in Uganda. Sean and Steve have directed and produced more than 20 projects together, including the award-winning short The Day Don Died (Hot Docs 2019) and Brunch Queen (Inside Out 2018). They recently completed a series of shorts for Knowledge Network entitled Dear Reader, and their next feature documentary, Satan Wants You, is currently in development with CBC documentary Channel.

Sheona has worked in the Canadian film & television industry as a writer, producer and director, for over two decades.
She is an award-winning documentary filmmaker. Recent films include Into Light, Dead Man’s Switch a crypto mystery, Candice, A Short Essay on Men, and Inside Her Sex. She recently finished writing a feature film script, Back By Midnight, that was optioned by Christine Haebler of Screen Siren. She is currently writing her first novel, Inferno. Sheona lives in Vancouver with her husband and three kids.

Shannon Walsh has written and directed the award-winning feature 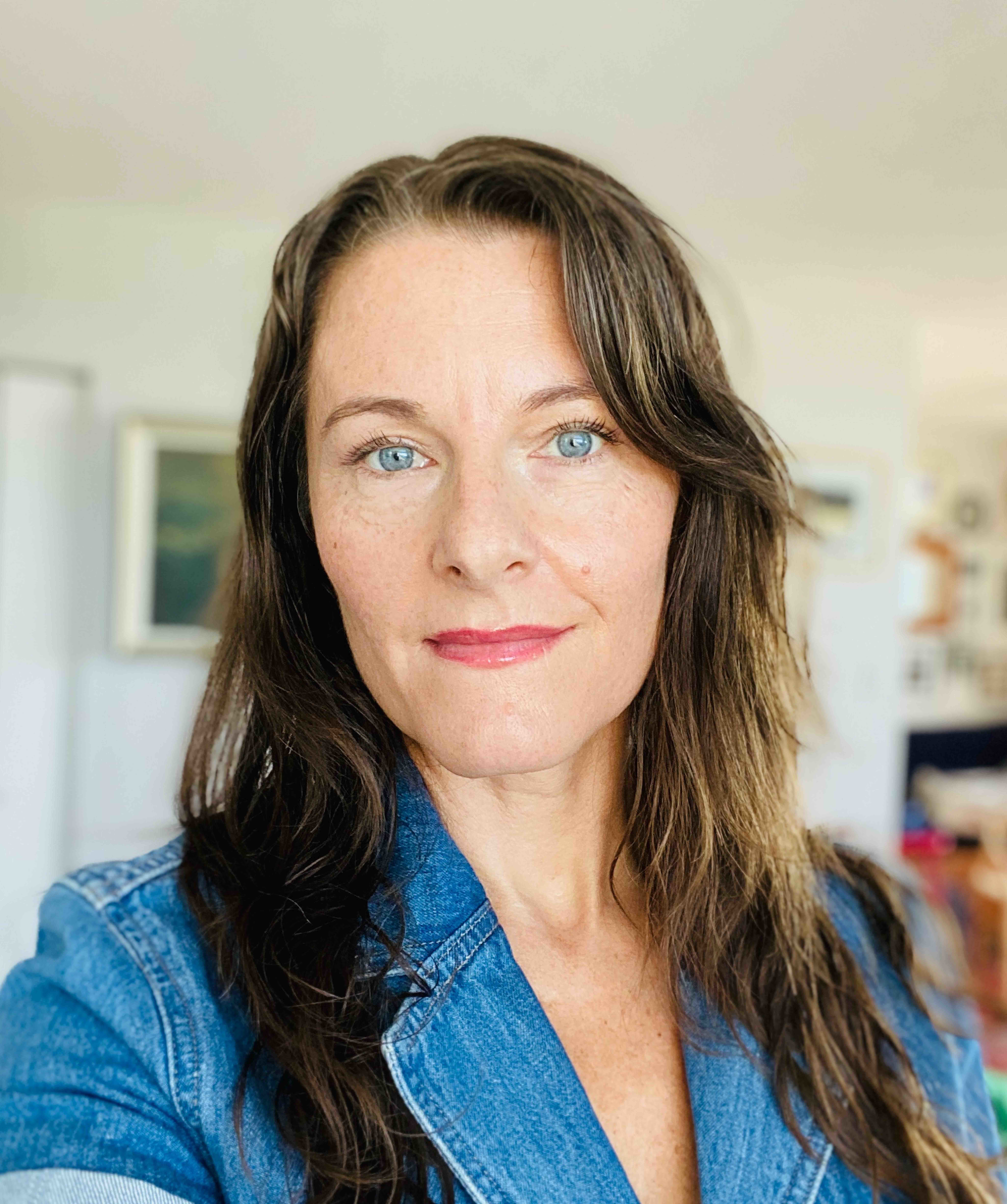 documentaries The Gig is Up (2021), Illusions of Control (2019), Jeppe on a Friday (2013), À st-henri, le 26 août (2011), and H2Oil (2009), as well as numerous short films and VR works. Shannon’s films have been broadcast and theatrically-released internationally, played in film festivals globally, and screened in museum spaces, including the Venice Biennale and the Pompidou Centre in Paris. Shannon is an Associate Professor at the University of British Columbia. She is a 2020-2021 Guggenheim Fellow. 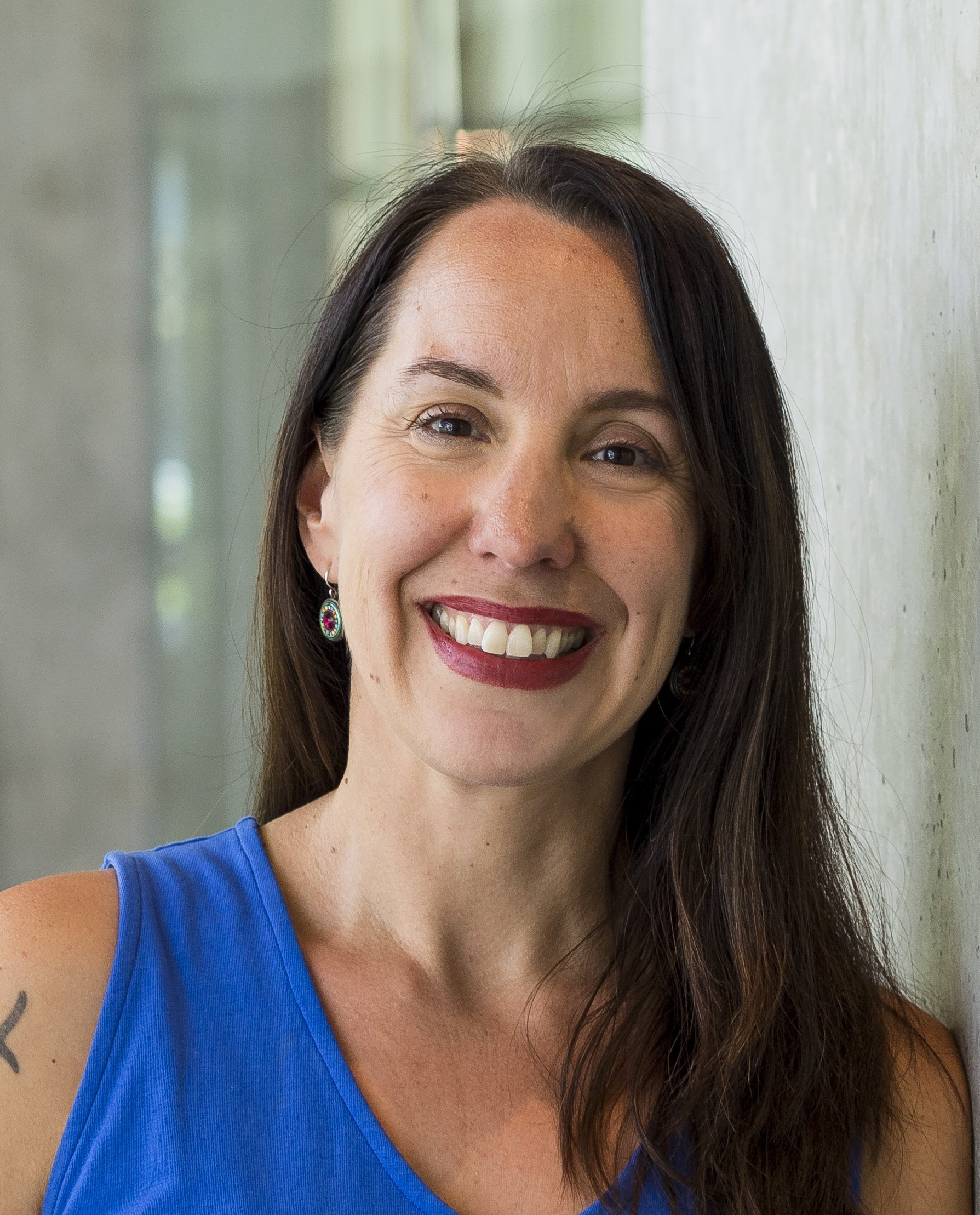 Lyana Patrick is a director, writer and researcher based in Vancouver, BC. She is a member of the Stellat’en First Nation and Acadian/Scottish. Her student short film Travels Across the Medicine Line screened at the American Indian Film Festival (San Francisco) and the Native Voices Film Festival (Seattle). Two short films, A Place to Belong and The Train Station screened at the 2020 Vancouver International Film Festival. Lyana is currently an Assistant Professor in the Faculty of Health Sciences where her work focuses on the intersection of Indigenous health, planning and justice. 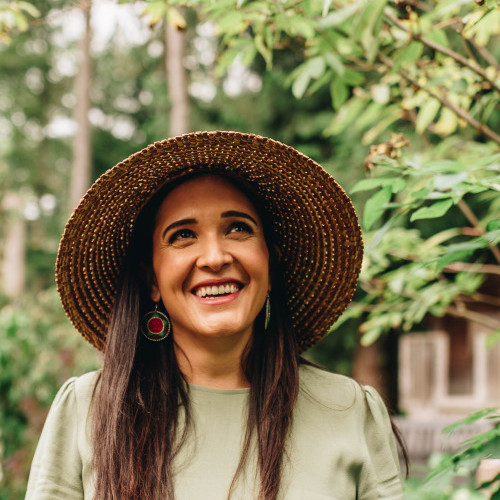 Leigh Joseph (ancestral name Styawat), is an ethnobotanist and entrepreneur from the Squamish First Nation. She is the co-director and subject of the documentary Walking with Plants, premiering at Hot Docs, which tells the story of the role of plant relatives in her life and healing journey.
Leigh contributes to cultural knowledge renewal in connection to traditional plant foods and medicines. As founder of Sḵwálwen Botanicals, she brings together Indigenous science and self-care rituals, creating skincare experiences grounded in the natural world. She is an awardee of the BC Achievement 2020 Indigenous Business of the Year. 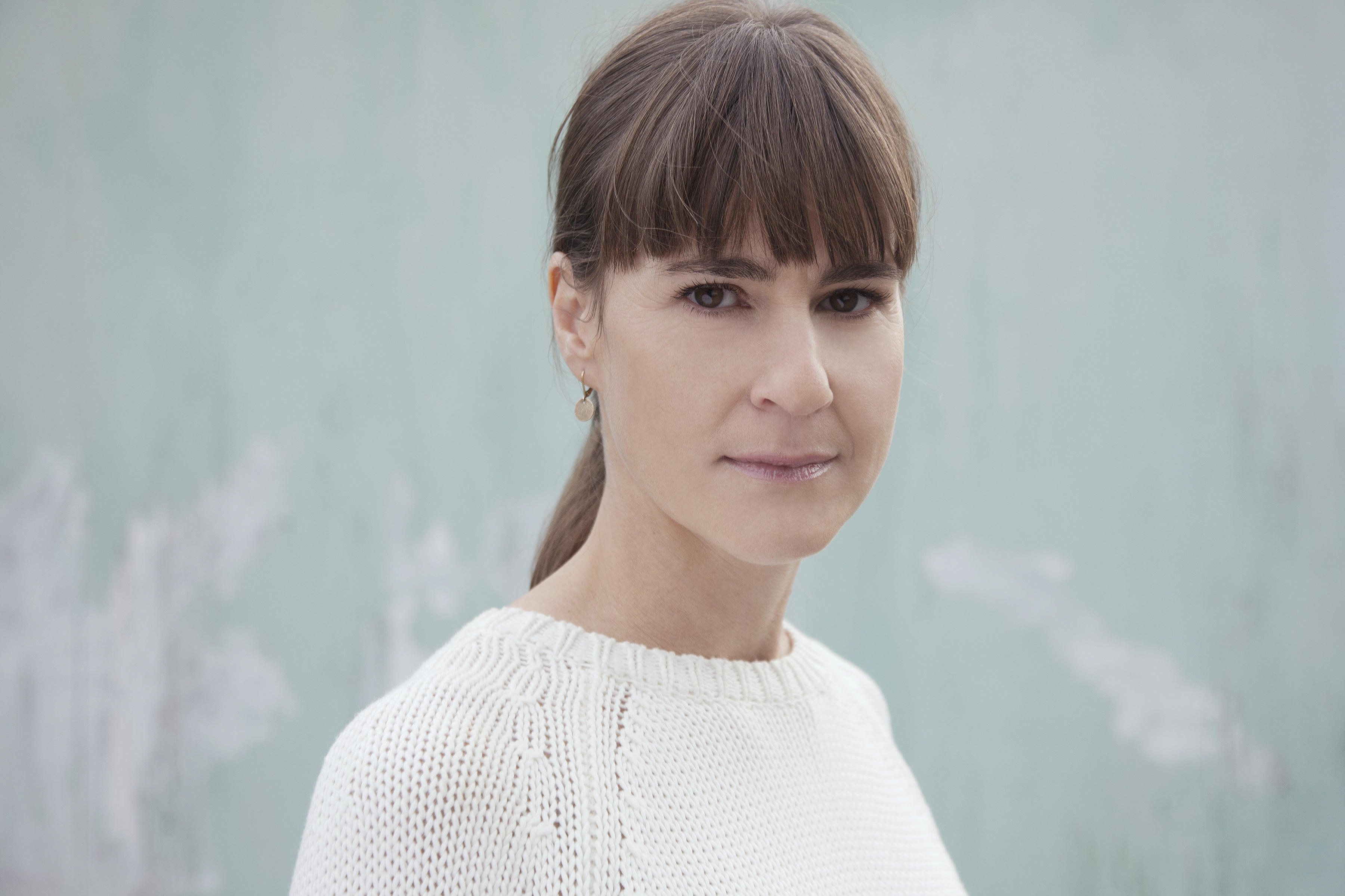 Carmen Pollard is a Canadian filmmaker and editor focused on stories that centre underrepresented voices and perspectives within the arts, social and climate justice. She’s drawn to sensorial storytelling and finding new aesthetic ways of exploring the boundaries between truth and fiction. Her award-winning work has been broadcast throughout North America, has screened theatrically, on Netflix, and at festivals worldwide.

Carmen directed the feature-length documentary FOR DEAR LIFE which artfully reveals the humbling complexity and unpredictability of Grief. Her film screened internationally, was an audience favourite at DOXA 2017, was nominated for the Colin Low award for Best Canadian director, and Best Social/ Political film at Yorkton. As an editor and creative director for post-production, Carmen’s work on NINTH FLOOR was recognized as a 2016 TIFF Top Ten and received a Leo nomination for Best Picture Editing. Carmen was up for an Emmy for Best Visual Effects on the Showtime Comedy series DEAD LIKE ME, a Gemini for Best Picture Editing on the NFB feature CITIZEN SAM, and she won a Leo for Best Picture Editing on the essay feature DIRT. Her work as a story consultant and editor on BECAUSE WE ARE GIRLS premiered at Hot Docs and opened DOXA 2019.  Carmen wrote, directed and produced the 2020 Knowledge Network 10-part short film series DANCEHALLS, DEEJAYS & DISTORTION which has recently been nominated for best series at Yorkton.

Teresa Alfeld is an award-winning documentary and dramatic writer / director 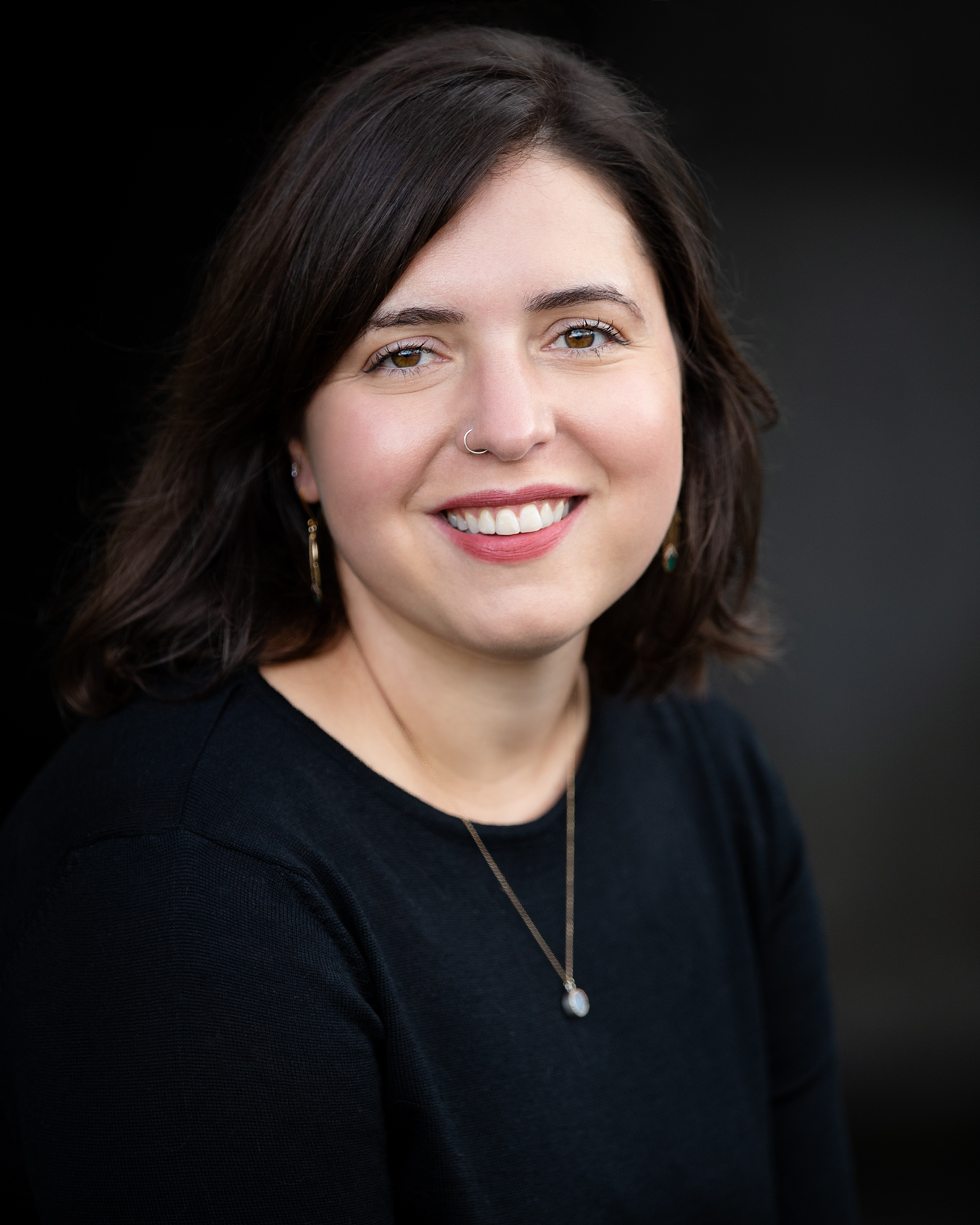 from Vancouver and the unceded Coast Salish territories of the Musqueam, Squamish, and Tsleil-Waututh nations. Credits include the feature documentary THE RANKIN FILE: LEGACY OF A RADICAL (produced by Opus 59 Films, opening night film at DOXA 2018/broadcast premiere on Knowledge Network 2019), the short documentary JEAN SWANSON: WE NEED A NEW MAP (premiering 2021, produced by Hot Docs Citizen Minutes) and short dramatic films BOSSBABE (premiering 2021), ROADKILL (2013), CHARLIE GAUVIN (2012), and BUNKY THE VAMPIRE KILLER (2010). Teresa begins production on her second feature documentary DOUG AND THE SLUGS AND ME for CBC Documentary Channel in 2021. She is currently developing a number of projects including a comedy television series (based on her short film CHARLIE GAUVIN), a short documentary about a cult Toronto band, and a POV feature documentary about life with Type 1 Diabetes.

DOC  BC | YT | NWT is a chapter of DOC National. This year we are launching a Canada Council funded program “DOC GOES DIGITAL” and are responsible for all English language programming associated with the program throughout Canada. The goal of “DOC Goes Digital” is to connect our broader filmmaking community at this challenging time, and to centre diverse filmmakers within all the programming. We are partnering with several festivals to offer opportunities for people to connect with each other, to augment the visibility of DOC, and to build relationships with partners within the industry.