The Documentary Organization of Canada (DOC) is the largest professional non-profit association of independent filmmakers in Canada, with more than 850 members across the country. Formerly called the CIFC (Canadian Independent Film Caucus), DOC has been the champion of independent documentary film and television in Canada since 1983.

The CIFC/DOC’s first lobbying effort was directed at what was then the Canadian Broadcast Program Development Fund (administered by the predecessor of Telefilm Canada). The rallying issue was the fund’s exclusion of documentaries in its mandate. With a membership of only fourteen filmmakers from 10 production companies at the time, CIFC/DOC succeeded in establishing a fund exclusively to support documentary filmmakers which continues to this day. DOC has been built on the efforts of many tireless volunteers, who have given their time and shared their passion to shape the vibrant documentary community we have today. 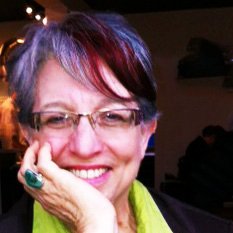 Cari Green is a film producer and educator with over thirty years experience and a background in distribution and marketing. She has produced award-winning produ ctions such as The Corporation, When I Walk and Scared Sacred, which have premiered at Sundance, IDFA, and TIFF. She has been an advocate for the Canadian film industry, serving on many organizations, including DOC, WIFT, HOT DOCS and DOXA. She has an MFA in film production and has taught at UBC, ECUAD, VFS and Langara College. She received the Mayor’s Arts Award and an honorary lifetime membership in WIFT for her contributions to the film industry.

Baljit Sangra is president of Vivamantra films and has worked in many genres of filmmaking including documentary, narrative, and factual. As a documentary director she is passionate about telling cross cultural stories, whether it be the impact of sexual abuse on a family in the feature documentary BECAUSE WE ARE GIRLS, to understanding why South Asian youth have become vulnerable to gangs in WARRIOR BOYZ, to end of life and challenges for seniors living in Care in MANY RIVERS HOME, immigrant dreams and Hockey in HOCKEY UNITED, or reflecting on South Asian pioneer history with HAVE YOU FORGOTTEN ME.

Vishal is a licenced Chartered Professional Accountant and Chartered Accountant (CPA, CA) who specializes in providing accounting and taxation services for professionals in the film & entertainment industry.

I’ve been working in the Film & Entertainment Industry since 2014, helping cast and crew members with their accounting and taxation needs and building their competency in financial literacy.  In 2020, Vishal set up his own firm called Cinephile Accounting.  He has two priorities as he grows his practice and production house: To invest in his clients, whether it be time or financially—in their pitches and productions, and to build his portfolio and produce projects that showcase social justice themes and focus on talent that have been underrepresented in the industry.  Underrepresentation of Brown, Black, Indigenous, Asian, and LGBTQ creatives in Film & TV has continued for decades upon decades. It is his purpose to bring those voices and minds to the limelight and showcase their creativity, their stories and their dreams.

Nicolas Ayerbe Barona from Colombia, has been working independently as a producer in Vancouver since finishing his studies in film at UBC and the CDM. He has produced several shorts like A-Yi (streaming now on CBC GEM), The Quieting for Crazy8s, commercials (like one with wrestler John Cena), and a feature film: Cadence, which won the Must See Audience Award at the Vancouver International Film Festival in 2016. He regularly volunteers as the Festival Co-Director of the Vancouver Short Film Festival; and works at the National Film Board. He is DOC BC’s Programming and COVID-19 board representative.

Jessica Hallenbeck (Ph.D., MCIP) is the chair of the DOC BC Governance committee and sits on the Professional Development committee. She is also on the Executive of the DOC National Board. She is a co-owner and producer at Lantern Films, a documentary company founded on the belief that films should be driven by those who have lived the story. Her films have aired on Knowledge Network and have screened at Hot Docs, VIFF, and DOXA. She is currently a SSHRC postdoctoral scholar at Simon Fraser University’s School of Interactive Art and Technology.

Marina Dodis is a filmmaker with an extensive background in still photography.  She specialize in portraiture, architecture, travel and documentary. A graduate of the Documentary Film program at Capilano University in 2012, her film “Going Strong” featured at local film festivals and Knowledge Network. For most films, she has been the director, editor and DoP.

Throughout my career I have been working to advocate for progressive change in communities. I hold a Master of Arts in Planning from the University of British Columbia. I have worked in the public and private sector in planning, government, and politics including a term as an elected city councillor.

Having also had the opportunity to assist with the production of documentary films I’ve come to understand how film can be a powerful storytelling tool that inspires change and connects people. I look forward to working to support DOC members and advocate for more opportunities to grow the local documentary film community and industry.

The Documentary Sound Guy is self-explanatory: Devon does sound for documentaries. And lots more! He is currently making “The Hands that Feed Us” — the story of how COVID-19 is affecting farmers. During the pandemic, he has embedded himself on five farms across Canada to see how they cope. He has been involved with DOC since 2016.

Mr. Loverin is a Tlingit/Tahltan documentary producer, writer, director, cinematographer and editor. He began working in the broadcasting industry at 18 and has worked for all the major Canadian media companies as a reporter and as a documentary producer. In 2004, he formed his own production company producing corporate and documentary projects on commission. After over three decades in factual programming he returned to film school to become a certified director of narrative films. In 2019, his company, Wolf Spirit Films, produced Beyond Human Power, a one hour documentary that is currently streaming on CBC Gem and just got picked up by the Knowledge Network and will be airing in January.

In 2019, he was invited by the Republic of Germany to be the only Canadian representative to the Goethe-Institute in Berlin and a guest of the Berlinale Film Festival. Gordon also pays forward his love of documentary production to the Youth of Today Society in Whitehorse, Yukon. The organization provides opportunities to youth at risk and video production is his way of repaying for those who gave him a chance when he was once himself a youth at risk. His Indigenous culture forms his POV in his documentary and narrative projects and his company vision statement is Bridging Cultures Through Cinema.

My name is Jumoke Ogunsola but I go by Jumy Ogunsola. I am a broadcast media professional with extensive hosting, reporting, and producing experience from Nigeria, United Kingdom, United States, and now Canada.

I currently work with Global News radio producing a national Talk Show that airs every weeknight. Prior to this, I was the associate producer for CBC Vancouver late news, as well as a writer/producer for Global National.

I was a board member of the Kerrisdale Community Center Society for two years. During this time, I was a part of two committees: communications, and community engagement. I also led a number of initiatives that gave the society more visibility within the community.

Nilesh Patel has a long history in documentary and dramatic film with a focus on telling the stories of people of colour while also supporting the creative development of young people from Black, Indigenous, People of Colour and impoverished backgrounds. His first broadcast work was 7 to 11, Indian which debuted on Citytv and played at many festivals. From this he went on to produce 3 other short films for television by Women of Colour for CityTV. Following this he directed his multiple awarding documentary feature Brocket 99 – Rocking the Country (preserved in the National Archives of Canada). This provocative film explored racism in Canada and specifically towards Indigenous peoples. Following this work he started a family and did his MFA in Film Production at Concordia (MFA 2014) where his works focused on gender roles of men and women.

In 2011 Nilesh began a period of eight years training Indigenous youth in the Far North and Northern Alberta in filmmaking. This land-based work was focused on documenting the Traditional Knowledge of Elders and the oral history they shared. For seven years he worked for different Métis, First Nations and Inuit peoples. Through his company, Roaming Pictures, youth were trained with him, and they would document their Elders. From this stand-alone documentaries were made for the preservation and prosperity of their language, community and culture. Nilesh brings a wealth of filmmaking experience and education to this project along with a strong history of speaking about racism in terms of storytelling and business of film and television in Canada.

Priyanka Desai is a content producer with over 10 years experience in documentaries, reality TV shows and doc series. Starting as a journalist, she took on senior leadership positions as a story producer and executive producer in the fast-paced TV industry.

She is known for award-winning shows that trigger immense audience response and spark uncomfortable conversations about gender. In response to a gruesome sexual assault case in India, she produced a debate show Because, It’s a Boy! which won the United Nations Population Fund Laadli Media Award for Gender Sensitivity.

In 2019 she was selected for the Canadian Media Producers Association (CMPA) BC Production Mentorship Program. In Canada, her recent work includes, award winning docu-series Red Chef Revival (a pan-Canada tourism video presentation for Indigenous Association of Canada), Documentary on Wheelchair Boxing for Accessible Media Inc. and most recently a profile video series for BC Achievement Fulmer First Nations Art Awards 2020. Having worked on productions across two continents, she has developed a meticulous understanding of diverse audiences. Currently, Priyanka is part of the 21 selected producers’ squad for National Screen Institute’s Business for Producers Program.

For the past 30 years Suzanne Crocker has lived in Dawson City, Yukon grateful to live on the traditional territory of the Tr’ondëk Hwëch’in, one of the first self-governing First Nations in the country. Dawson is 300 km south of the Arctic Circle, 550 km from the nearest Starbucks and home to one of the country’s slowest internet connections. She made a career switch from rural family doctor to documentary filmmaker in 2008.

Her first feature documentary, All The Time In the World (2014) was honoured with 22 festival awards from around the world including Most Popular Canadian Documentary at VIFF and Best Feature at VFF. It has been translated into 12 languages and was recently nominated for Best Film Of The Decade by the Green Film Network. https://allthetimeintheworld.ca

Suzanne’s most recent feature documentary First We Eat (2020) had its World Premiere at Hot Docs where it won a Rogers Audience Choice Award (Top 5 Canadian Docs) and also screened at VIFF. It was nominated for a Directors Guild of Canada Award for Best Editing in Documentary. First We Eat is currently having a theatrical run across Canada. https://firstweeat.ca